Your Guide Through the Maze
Request a Free Consultation 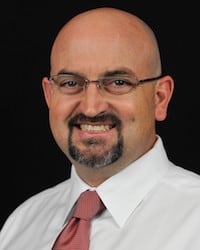 Anthony G. Ryan was born in Berwyn, Illinois in 1970. He majored in Finance and minored in History at the University of Florida, where he graduated with a B.S. in Business Administration in 1992. While attending the University of Florida, Mr. Ryan was a member of both Phi Kappa Phi (Scholastic Honor Society) and Omicron Delta Epsilon (Economic Honor Society). Prior to entering the legal profession Mr. Ryan worked for Enterprise-Rent-A-Car in Ft. Lauderdale, Florida.

Mr. Ryan graduated cum laude (with honors) from the University of Miami School of Law in 1997. During law school he was a member of Phi Delta Phi (Honorary Legal Fraternity), served on the Business Law Journal, and made Dean’s List. Mr. Ryan also studied law in London and interned at the Public Defender’s Office in Ft. Lauderdale, where he assisted with three criminal jury trials prior to graduation. After admission to the Florida Bar, Mr. Ryan began practicing with Vernis & Bowling of the Florida Keys, P.A., a statewide insurance defense firm. He then accepted a position as an Assistant Public Defender in Ft. Pierce, Florida where he gained valuable criminal trial experience. After two years with the Public Defender’s office, Mr. Ryan entered private practice in 2002. He has been the principal of his own firm, practicing criminal defense law ever since.

Mr. Ryan is a Florida Bar, Board Certified Criminal Trial Lawyer, which is the highest level of recognition possible for a criminal defense attorney.